Rawnsley Park Station is home to a large variety of wildlife and plant life, with the birds being some of the stars of the Flinders Ranges landscape.

Through this guide, you can learn how to identify some of the common birds you’ll see around the station and some fun facts about them.

The Elegant Parrot is a slim parrot with golden-olive upperparts, yellow underparts and a two-tone blue patch on its wings (dark blue with a light-blue border). The face is yellow with a two-tone blue band that extends between the eyes, above the beak. The tail is blue with yellow outer feathers above, and wholly yellow below. Its call is a sharp ‘tsit’ and twittering while feeding.

Fun Fact: Like most other parrots, the Elegant Parrot is a fast flier, reaching speeds of up to 80km per hour. 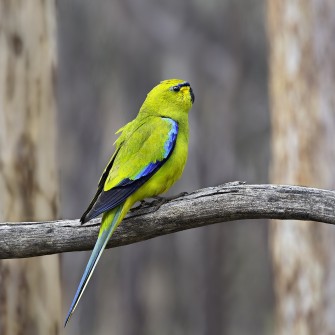 Blue-green is the predominant body color of the Ringneck Parrot, with the obvious yellow band around its neck that characterizes its look. Generally, the head tapers down with a red frontal band just above their beak. This parrot can be spotted in River Red Gums along the creek lines, in the mallee scrub, among bullock bush and the native pines. Its call sounds like ‘kling-kling-kling’ or ‘put-kleep, putkleep’; occasionally their call sounds like ‘twen-ty-ay-te’

Fun Fact: It’s distinctive ‘twen-ty-ay-te’ call sounds like ‘twenty-eight’; which in Western Australia has given them the nickname: the Twenty-Eight Parrot. 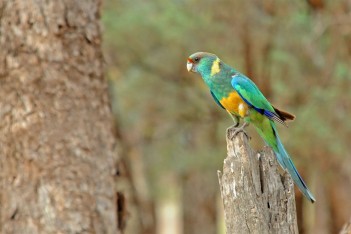 The Galahs are pink and white in colour; and can be found in large flocks on Rawnsley Park and throughout the Flinders. The Galahs can live to around 40 years of age; and are known to be monogamous, creating strong lifelong bonds with their partner. Their call is a high pitched ‘chill chill’ and harsher screeches.

Fun Fact: In Australian slang ‘Galah’ means a fool, or silly person. Named after the bird of the same name because of its antics and the noise it makes. 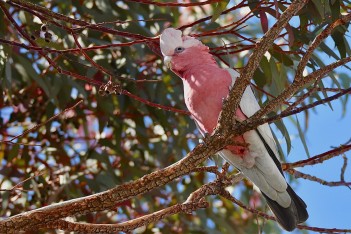 Often seen around Rawnsley Park cabins, Woolshed Restaurant and Caravan Park; the emu is an iconic Australian animal. Its main distinct characteristics are its size and flightnesses. The emu is Australia’s largest bird and belongs to a family of flightless birds called Ratites. Its call varies between the emus gender; males make a deep grunting sound like a pig; whereas females make a loud booming sound.

The master of the sky over Rawnsley Park and the Flinders Ranges. Often seen soaring on the thermals above the 943m high Rawnsley Bluff. The Eagle has a wing-span of about 1.8m and is the largest bird of prey in Australia; making it easy to spot in the sky from the ground. It weighs about 4kg, and feeds on rabbits, small kangaroos and reptiles. Its call is a high-pitched ‘pseet-you’ and screams.

Fun Fact: The Wedge-tailed Eagle is capable of lifting and flying off with an animal up to 5 kg in weight which is heavier than its own body weight! 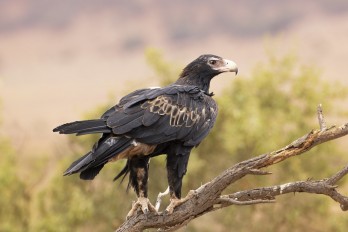